A town earns a green efficiency award for its Cree XSP Series luminaire solution – and saves some serious “green” in the process.

When Bob Turner was elected mayor of Somerville, TN, located about 50 miles east of Memphis, the town was spending what he deemed to be way too much to operate its streetlights: $110,000 a year for 450 lights, or almost $250 per light.

“I talked to our city administrator about ways to cut costs,” Turner recalls. “He suggested that we eliminate half the lights in town. I didn’t think that was a very favorable solution.”

The other issue was the quality of the lighting, which was metal halide and mercury vapor. Turner hired a lighting engineer, and they went out with a meter to investigate at close range.

“First of all, there were four colors of light out there,” Turner says. “It was horrible.” The strength of the lighting was also an issue.

“We were standing right underneath one light, and it was measuring 0.1 foot candles on the meter,” Turner says. “We could barely read the meter with the light from the streetlight. None of it was hitting the street. “It was kind of eye opening.”

Town staff first looked into induction, but felt that the quality of the light degenerated too quickly. They were also hoping to eliminate the need for ballasts, which the induction lighting requires.

They then investigated LED, were impressed, and learned that between 2011 and 2014 the cost had come down considerably. That made for an easy choice.

Turner says the town didn’t have a particular LED manufacturer in mind; rather, it was a matter of who could best meet their specifications.

“We had a sealed bidding process,” he says. “We established the specifications and then looked for the bid that met the criteria.” Spectrum Lighting, which served as the contracting agent, played a prominent role in securing the winning bid.

The choice was Cree®XSP Series luminaires, which offer efficiency and longevity without sacrificing performance. Utilizing NanoOptic®Precision Delivery Grid™ optics, the XSP luminaires provide enhanced optical control delivering light where you need it, and not where you don’t.

Moreover, the Cree luminaires allow the town to realize savings on maintenance costs.

“We made that point, and it was approved by the Tennessee Valley Authority. That eliminated the 14 percent a year we were being charged. We then bought the luminaires, gave them to the co-op to install, and we agreed to pay per light as they go out.”

The Cree luminaries have been installed since August 2014. Turner reports there have yet been only two failures. Both were replaced without issue.

Turner, who now serves as Somerville’s city administrator, says that with the Cree XSP solution the town has reduced average wattage per light from 400 to 100. The cost of electricity for the XSP2™ street lights has been reduced by 65 percent, saving, he says, “75 percent across the board on the whole project.”

Given that the town collects only $450,000 a year in property taxes, that, he affirms, is a considerable savings. And the expected return on investment is well under two years.

As for moving forward: “I actually put $25,000 in our budget this year for additional street lighting.” That will buy the town 40 to 50 new lights – a somewhat more favorable solution than the original proposal to remove lights.

What has been removed, says Turner, is “a lot of moving parts. We no longer have ballasts. The lights come on and off immediately; it no longer takes 20 minutes for them to warm up.”

Recognition for green efficiency was much appreciated, Turner said, but not as much as the “green” the town saved in its budget. “Seventy-five thousand dollars is significant!” he notes. As are the results on Somerville’s streets. “I’m surprised now when I drive in towns that have streetlights on both sides of the street,” Turner says. “They have what feels like 200 fixtures for a stretch of four miles. And I think, Man, they’re wastin’ money!” 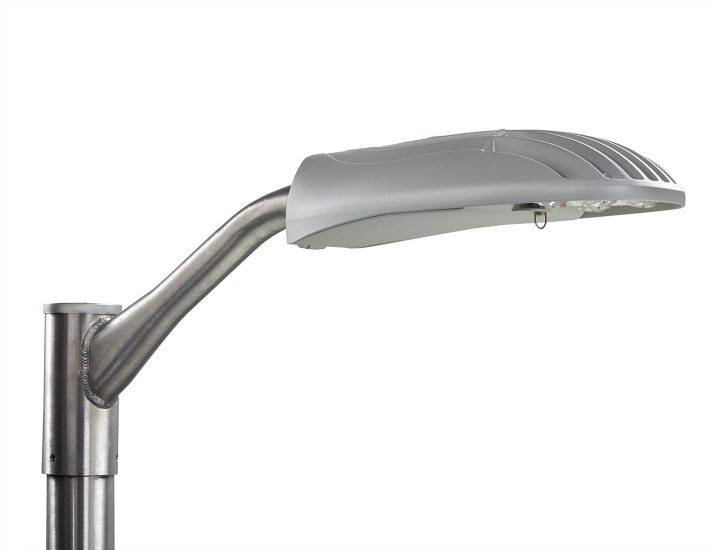