RE/MAX’s world headquarters, located in the Denver Tech Center, is a beautiful 12-story, 240,000-square-foot structure. Built in 2006, it was selected as the “Office Project of the Year” by the Denver Metro Commercial Association of Realtors. Some 400 employees are at work in the HQ building, providing support for RE/MAX® franchises across the globe – franchise development, marketing and branding, IT, HR, finance, education – everything needed to support a franchise business anywhere in the world.

In 2013, the first LEDs were installed in the building, but management was soon ready for more flexibility and further efficiencies. Specifically, the objective was to add daylight harvesting capability and automatic on/off occupancy sensors.

In 2015, Conserve-A-Watt Lighting, working with CLEAResult Consulting, presented RE/MAX with a solution that offered significant energy savings at a cost-effective price. A considerable rebate secured with the cooperation of Xcel Energy was an additional enticement.

Conserve-A-Watt is a long-trusted vendor, and its recommendation was a Cree solution. RE/MAX management made the decision to upgrade the standard fixtures throughout the entire building to Cree® ZR Series LED troffers featuring the Cree SmartCast® Technology advanced control solution.

The building has an elongated-oval shape and a number of floor-to-ceiling windows, allowing for a substantial amount of daylight penetration. Daylight harvesting was made available on all controlled luminaires and is being put to optimal use throughout most of the building.

RE/MAX takes great pride in the fact that its headquarters building is LEED® Certified. Maintaining an exceptional Energy Star® score is a top priority. The selection of this solution is helping advance the corporation’s ongoing efficiency goals.

The Cree LED lighting and advanced control solution delivers a reduced heat load and overall energy savings. This upgrade resulted in more than 60 percent reductions in both kilowatt hours and peak-demand kilowatts.

“Our lighting upgrade provides significant energy and demand savings,” says Courtney Ziminski, RE/MAX’s Director of Property and Facilities Management. “Our previous lighting system was relatively efficient, so a large majority of the project savings were delivered by the control system” – 70 percent, in fact.

She adds that the facility was already applying scheduling through a building management system, “otherwise we would have seen considerably higher reported energy savings.”

The ability to dim the emergency egress lights to 10 percent when no one is around has been a big contributor to reduced consumption. When security patrols are making their rounds and trip a sensor, the lights rise to the customary 55 percent setting, then drop back down after they’ve passed.

Total maintenance savings are estimated at $77,410. Ziminski says they’ve seen an estimated 90 percent reduction in labor hours for re-lamping, ballast changing and other maintenance tasks. Beyond the savings is an overall improvement in the quality of illumination. The light from the luminaires, Ziminski emphasizes, is “crisper and cleaner.”

Another well-received advantage has been the ability to customize lighting levels for individuals and groups based on needs and preferences. Brett Thomas, RE/MAX Building Engineer, says that younger employees tend to prefer dimmer lighting. Once a consensus among a group is established on the desired light, the level is adjusted accordingly. “In some cases,” Thomas says, “we’ve reduced the lighting to as low as 30 percent. It’s great to be able to adjust the levels – it makes for happier employees.”

He notes that this flexibility is most particularly appreciated by the designers in RE/MAX’s marketing department, because lower lighting helps keep glow off their computer screens. Customizing the lights, Thomas adds, is quite easy. “We’ve learned a lot and are able to tweak things as we go. Installing a new device in a group is much easier than you’d expect. It’s just a matter of logging into the network and adding it with the push of a button, and then the system programs that new module to
match the group.”

And the configuration tools, Thomas attests, “have been pretty much bulletproof.” Factor in a rebate of more than $200,000 – which, Ziminski reports, “covered half of our project costs or almost enough to pay our electric bill for three-quarters of the year” – and it’s easy to see why RE/MAX considers this Cree LED lighting solution an across-the-board success. 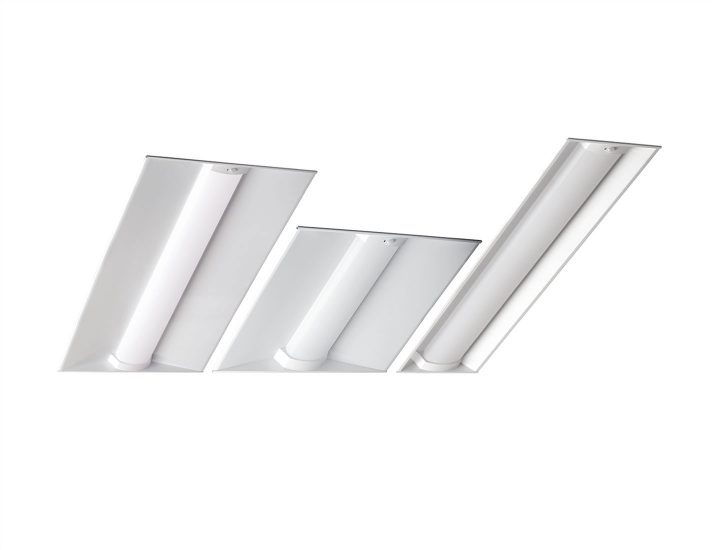