Christ Baptist Church was considering placing halogen lights in the 30-foot ceiling of its new 1,200-seat sanctuary. The prospect of climbing up to change bulbs every year was daunting. A Cree® LED lighting system was the logical solution.

On July 8, 2012, Christ Baptist Church held its first worship service in its beautiful new 1,200-seat sanctuary — the centerpiece of a 32,000-square-foot addition that also includes a bride’s room, an usher’s room, counseling rooms, an audio-visual editing room and a music rehearsal suite.

The original plan was to install halogen lights in the new facility, but Facilities Manager Jesse Knox determined that LEDs would provide a solution that would be both easier to manage and more energy-efficient.

Knox was certain he wanted recessed lights because the back of the sanctuary has a raked ceiling and pendant lighting would have obstructed the view. He also wanted lights that would provide the output of 250-watt halogens.

After shopping around, Knox found that only Cree had a solution that met his needs.

Christ Baptist Church now has installed 89 ESA Series LED downlights in the sanctuary and 20 more in the adjoining hall. In addition to providing high-quality light, the ESA Series recessed lights will supply the church with more than 50,000 hours of maintenance-free life.

Also now installed are two Cree Edge™ LED flood lights on the church’s steeple and seven Cree Edge™ LED pathway luminaires along the side of the new building. Knox originally thought he would have to erect two 30-foot poles along the sanctuary to light the exterior, but didn’t care for that solution from an aesthetic perspective.

Knox’s primary driver was to find a maintenance-friendly solution with adequate output. Cree offers a bright future in that regard.

“Any kind of incandescent or halogen lights would last a year at the most,” Knox says. “And with a 30-foot ceiling, it would be very expensive and dangerous to climb up there every year or so to change lights.”

Fixed pews present a challenge to changing bulbs at such a height. “We could get a lift in to get to a lot of them,” Knox says. “But with the raked ceiling in the choir area, I’d have to build scaffolding, change one light, then move it; change another light, and move it again. It would have been a nightmare.”

With incandescents, he says, “if you have one or two bad bulbs and you have to go up that high, you might as well replace them all.

“From a maintenance standpoint, the Cree lights were just much more in our best interest. It’ll be eight or 10 years or more before I have to replace lights.”

Saving money was, of course, another consideration. Given that Knox had planned to install 250-watt halogens and the Cree® ESA Series luminaire draws 108 watts, he figures he’s saving more than half on utilities.

Yet another advantage of this solution is that Knox is using the house LEDs as emergency lighting as well.

“With the ability to dim, I was able to power the LEDs with an inverter and transfer switches, which eliminated the need for bug eye emergency light fixtures.” The sanctuary was initially designed to have 22 of those bug eyes around the walls and in the ceiling. “Other than being unsightly, the fixtures in the ceiling would also be a maintenance issue with replacing batteries.”

Knox is happy to tell all who ask that he’s gone all LED. “We’re really happy with it,” he says of the Cree solution. “It’s a very good distribution of light.” 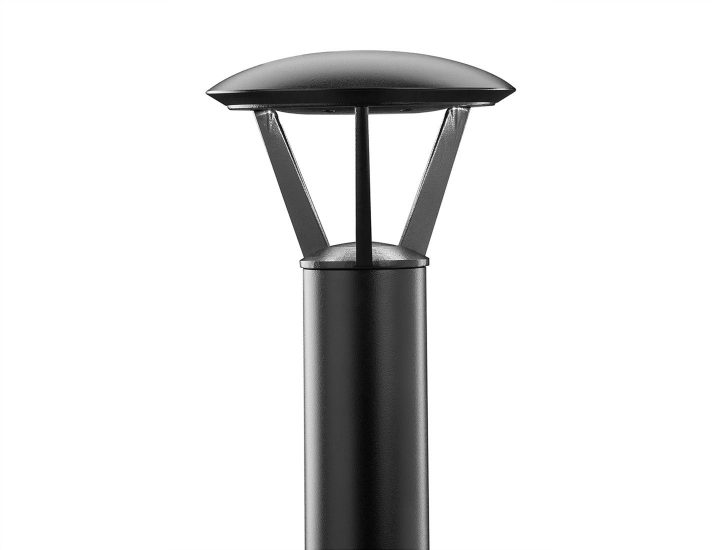 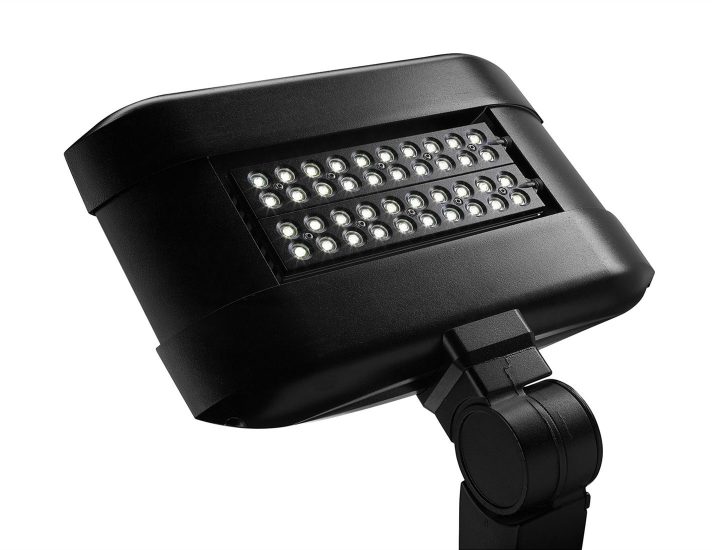